Maxie is an adult brindle female large dog. She came into the shelter because she was left behind when the people who owned her moved and left her. She had been an outside dog and since the people didn’t care for her, she did end up with heartworm. Maxie is being treated at the shelter. Maxie does really well with people and kids who are 8 and up. She could do younger if the kids are dog savvy. Maxie does prefer to go into a home where there are no other animals, but who needs someone else since Maxie is a very sweet and lovable girl! 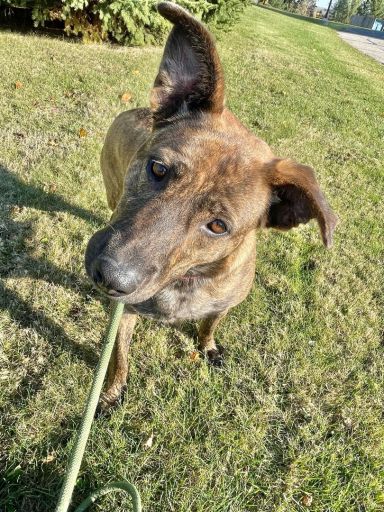 If you would like to meet Maxie, please fill out an adoption application at: https://wishbonepetrescue.org/

Wishbone Pet Rescue Alliance relies on donations from supporters like you. Every dollar helps! We are a 501(c)3 organization. Learn more about donating online, contributing to the Second Chance Fund or the Bravo Fund, donating gently used items to Wishbone House (our resale thrift shop in Douglas) or buying tickets to an event benefiting Wishbone.